If the world is to avoid irreversible climate change, then business urgently needs to get on board. It’s the task of Nigel Topping, United Nations’ climate change champion, to show them how. 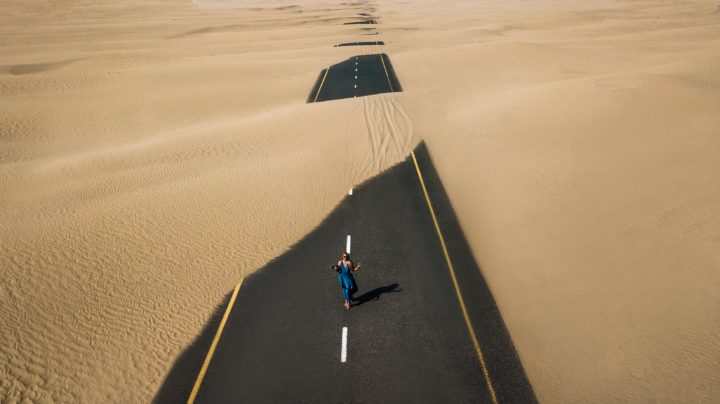 As a one-time factory manager, Nigel Topping isn’t someone to mince his words. For business owners tiptoeing around climate change, he has a simple two-word message: “Wake up!” He doesn’t labour the science. Seven of the planet’s warmest years have occurred since 2014. If that’s not enough to persuade company leaders, then no amount of peer reviewed research will either. Instead, the United Nations’ high level champion for climate action goes straight for the jugular: “If you think you can be a late follower, then you’ve decided to give up market share and be a slow loser.”

Like it or not, the transition to a low-carbon economy is “inevitable”, he argues. Social expectations, regulatory demands, even investment trends all point to the inexorability of a low-carbon transition. Smart companies, moreover, are already on the case. Just look at Tesla. A decade ago, the idea of an electric-only carmaker seemed bizarre. Now every other major auto-manufacturer is desperately playing catch-up.

“We have to avoid any framing that says, ‘Oh, maybe we should do a green thing on Friday afternoon’. This has to be front and centre of business strategy,” Topping insists. So the direction of travel is set, but what then? First, get serious about taking action, says Topping. That starts with setting meaningful targets. By which he means hard numbers and firm dates, not wishywashy pledges of good intent. “You can’t be at the starting line talking wistfully about how fast you’re going to run,” the UN taskmaster argues. “You have to start running.”

Enter the Race to Zero. Designed to drum up momentum ahead of the UN climate summit in Glasgow this November, the global campaign urges companies of all hues to commit to going net zero.

The concept derives from the landmark Paris Agreement, which puts a 2C rise in global temperature as the absolute limit that the planet can safely absorb. To align with net zero, companies need to balance out their carbon emissions by 2050, either through aggressive reductions or via offsets. Topping sees the purchase of carbon credits as very much a last resort, to be turned to only when companies have tried everything in their power to cut their carbon footprint.

Some industries, such as cement and shipping, may lack the technology to radically decarbonise right away, he concedes. Yet, even then, the idea of “buying your way into the Race to Zero” remains anathema to him. “Chief executives need to be saying, “We’re going to get to zero emissions by 2045 and this is what we’ll do in the next five years in terms of capital expenditure, product development, marketing and so on,” he says. For those needing an initial steer in setting targets, he points them to the Science-Based Targets Initiative, a UN-backed scheme that helps companies design robust carbon reduction trajectories. The International Chamber of Commerce Climate Hub offers a similar helping hand for smaller firms.

Second on Topping’s must-do list is for companies to spark action beyond their own four walls. Vital as it is to “get their own house in order”, he says, the biggest climate wins are typically to be had in businesses’ wider spheres of influence, particularly among suppliers and consumers. He has no shortage of illustrative examples. Apple is one. The Californian tech giant is encouraging all its suppliers to follow its example in becoming 100 per cent renewable. Another is US retail giant Walmart, which is currently seeking to remove a gigatonne of carbon emissions from its supply chain.

Big buyers hold sway, Topping insists. In his early days as a factory manager, he recalls a large client asking casually about environmental management systems. The following year, the same client inquired about timetables for possible implementation. “By the third year, we were told that if we weren’t compliant in five years, we wouldn’t be on their list. That sort of ratcheting up is familiar to everyone in business,” he points out. His injunction to work with others also extends to industry peers. Again, his logic is rooted in common business sense. Acting collectively on sustainability issues, he argues, is a means of early-movers avoiding commercial disadvantages.

It’s a delicate balance, Topping concedes. Push ahead a little and you can win a reputation as an innovator; push too far ahead and the costs you incur could become “problematic”. In contrast, if all the major players in an industry can agree on a general roadmap, then the risks of ambitious action reduce for everyone. He cites the UK government’s recent public consultation on the phasing out of petrol and diesel cars. Various dates in the 2030s were mooted. Interestingly, among the most vocal proponents of a fixed date were the oil giants, Shell and BP. Why? Not because of some Damascene conversion, he says. But because regulatory certainty enables the hydrocarbon industry to invest and plan accordingly. “Having clear, common milestones gives businesses much more confidence as well as reducing their investment risks,” Topping explains.

Fortunately, moves are already afoot in key sectors. Notable examples include the shipping industry’s Getting to Zero Coalition and aviation’s Clean Skies initiative on sustainable fuels. Both instances build on a 2018 consultation report by the non-profit Energy Transitions Commission, which laid out a series of viable pathways for carbon-intensive industries to go net zero. Topping’s enthusiasm for collective action is also motivated by a recognition that a few lone leaders won’t create the breakthroughs required to realise the scale of change required. “Once you reach a certain momentum, that’s when tipping points happen and we start seeing macrochanges in the economy taking place,” he says.

To nudge industries forward, Topping’s own team at the UN has mapped out a series of breakthrough moments across a range of sectors. Target companies range from banks and bus operators to clothing brands and construction firms. Last but not least is Topping’s call to pro-climate advocacy. For all capitalism’s talk of free markets, the global economy depends as much on public policies as private enterprise. Corporations and their lobbyists have long sought to stymie progressive climate policies, he says. If business is serious about tackling climate change, that urgently needs to change. The chief culprits, in his view, are trade associations: “It’s almost as if it is built into their DNA to slow down the rate of change and argue that climate legislation is damaging to industry.”

A turnaround is possible, however. He takes hope from French oil giant Total’s recent withdrawal from the American Petroleum Institute. The move follows last year’s decision by BP to renounce its membership of the American Fuel and Petrochemical Manufacturers trade association. Such moves not only send strong signals to the market, Topping argues. They also strengthen the hand of pro-climate legislators, resulting in what he calls a positive “ambition loop”. As he puts it: “Policymakers can raise the bar, but they can only lead so far; they need businesses to dance along with them.”

Topping’s campaign to promote climate action is set to keep him plenty busy in the run-up to COP26, the UN Glasgow climate summit. Assuming business heeds his call, he won’t be the only one run off his feet. The race to climate equilibrium is well and truly on, and crunch time is already fast approaching. 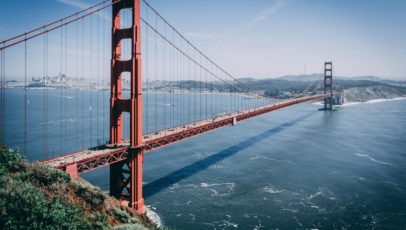 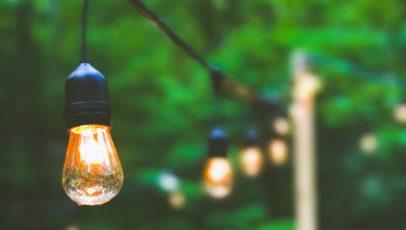 8 ways to make your next corporate event more sustainable 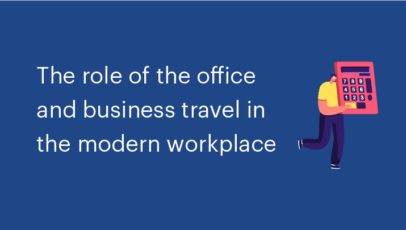 Back to business: from offices to business travel, how does the US feel about returning to work?